Below are lists of fish found in our beach seines, plus some photos. 2009 was the year that a rigorous effort was made to seine twice a month and to identify most of the fish found. The greater number of fish identified that year has to do with better technique, not more fish (though that could possibly also be the case).

The images are almost all of live fish, which were returned to the water as soon as they'd been photographed.

Some Fish Found in 2007 Beach Seines

Some Fish Found in 2008 Beach Seines

Some Fish Found in 2009 Beach Seines 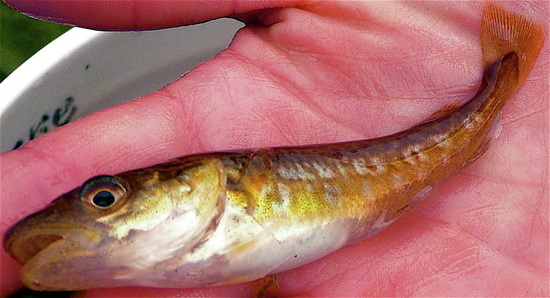 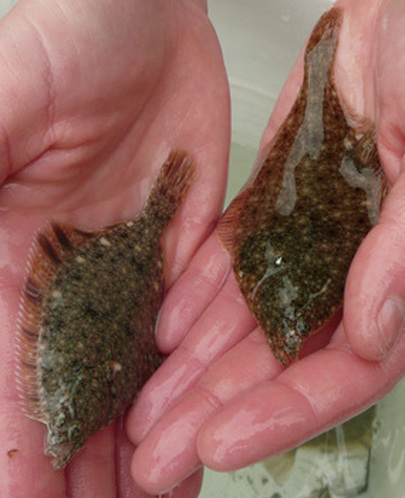 April 16, 2008, Mail Bay. We find juvenile English Sole and Starry Flounder in the Mail Bay shallows. I'm not sure which these are. 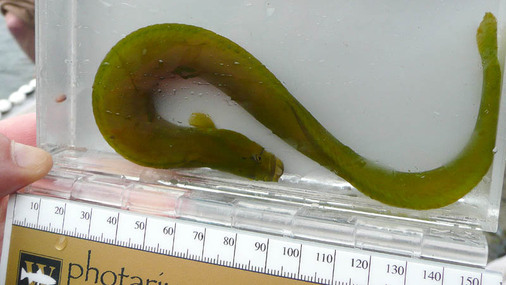 Sept 24, 2010, Cowlitz Bay. This Penpoint Gunnel is one of the largest we've seen in Cowlitz. 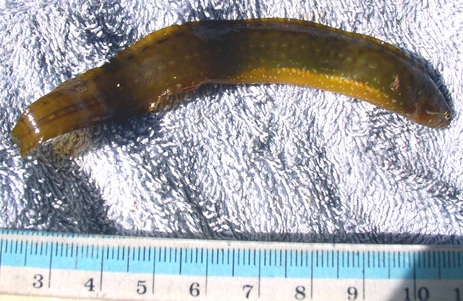 May 31, 2007, North Beach. In May 2007 and again in July 2008 Kiaya found a Longnose Lancetfish, Alepisaurus ferox, in the shallows at Glenn's beach. Ordinarily, they like deeper water but are widely distributed in all oceans except the polar seas. They are ambush predators, so their flesh is soft and they’re not desirable food fish.

Sept 29, 2009, Cowlitz Bay. The three vertical yellow bars on the body distinguish the Shiner Perch from the others. They are the smallest of our varieties. 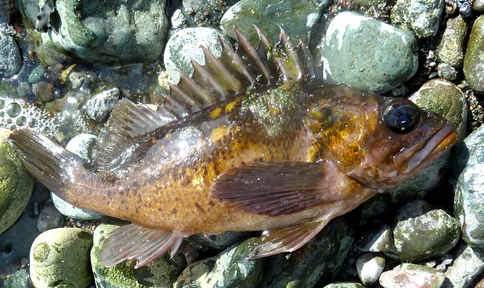 
One person wonders if it is a Sailfin sculpin instead. 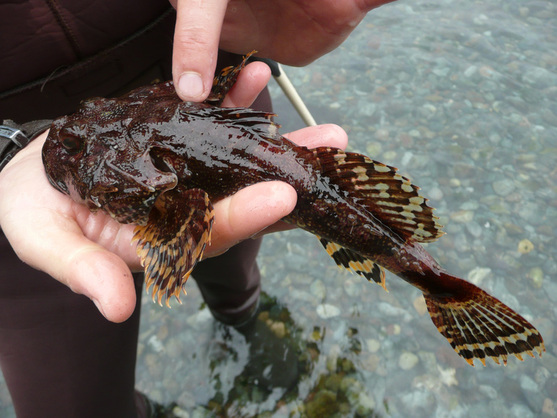 Sept 24, 2010, Cowlitz Bay. Madrona is pointing to a parasitic copepod on it. Image by Julie L. 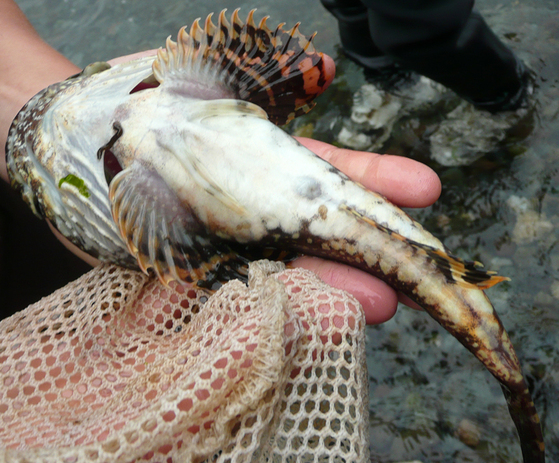 Sept 24, 2010, Cowlitz Bay. Note the parasitic worm near its gill and the translucent beige parasitic copepod near its anus. 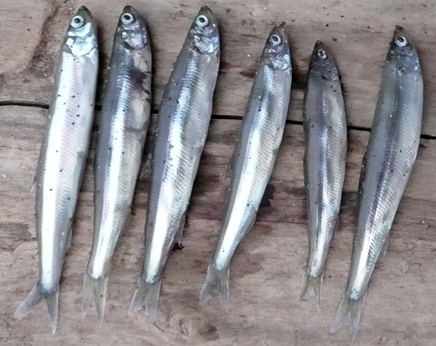 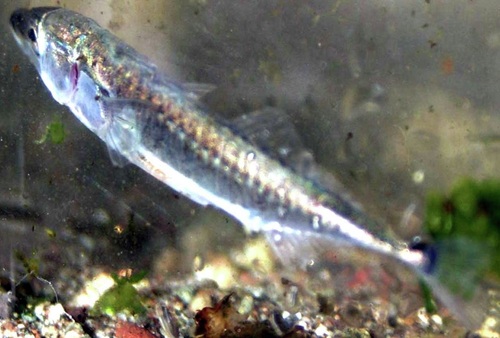 Please let me know if you know what the fish are that are pictured below. The top one is a White-spotted Greenling, so don't tell me about that one. But the rest. 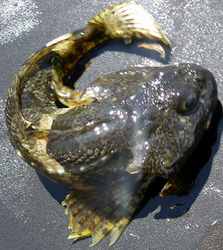 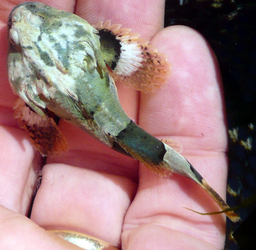 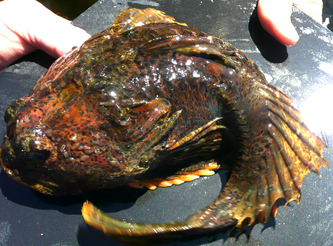