At 4:30 it was windy and cool, with a bit of a chop in the bay. We worked quickly to keep from damaging the fish in the waves. We only got one second-year Chinook in the first pull. It had eaten a herring. 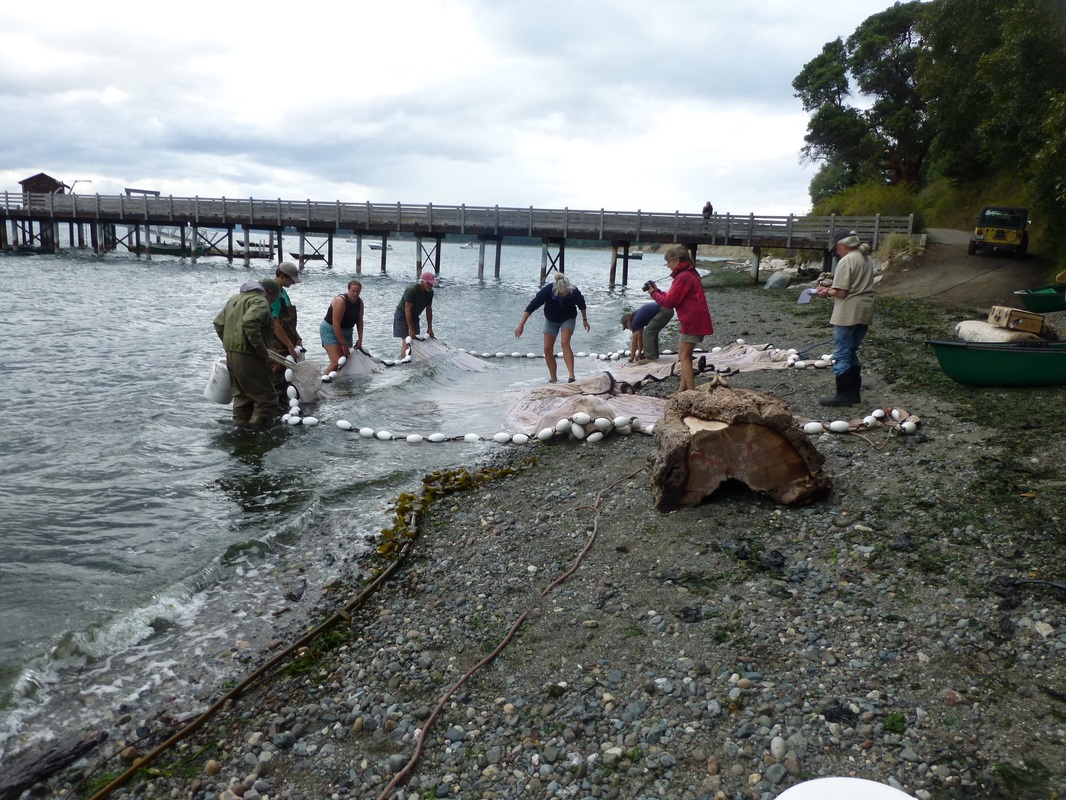 First Pull fish count:
1 Flounder
383 Herring. Several of them were infected with VHSv, and those were sacrificed to send to a lab in Pt. Townsend.
26 Shiner Perch
1 Striped Perch
2 Staghorn Sculpin
1 Stickleback
4 Tubesnout

We did not take a count the second time around because the waves were beating against the net. There were about half as many herring, and five Chinook. They had eaten herring, sand lance, and copepods.