David L:  Two eanut butter jars of plankton that he collected at Cowlitz were predominantly crab zooea, but also a lot of Calanoids.

David L: A while ago there were some small fish in Cowlitz that looked like salmon smolt, maybe. Yesterday in Deer Harbor about 5 pm I got a good look at a variety of fish on the surface in the floats at Deer Harbor Marina. One group looked very like salmon smolt, a couple of sizes: small (3 inch-ish) and slightly larger (under 6-ish). I'm not good at surface identification, and I really wanted them to be herring (nope). Perhaps they were salmon. I'm pretty convinced they are. They are greenish/blue, small dark marks on the tail and dorsal, not much pattern on the top (pink/chum?). Of course I want them to be the last vestiges of Spring run chinook. That's asking a little much.

Otherwise things are intense underwater in Cowlitz: big groups of various sea birds, a biologic film on the surface and God knows what underwater... exactly 14 days after all those tiny eggs. We'll be plankton sampling today... this should be good.

Below is Glen R's image of a euphausid from David's tow. 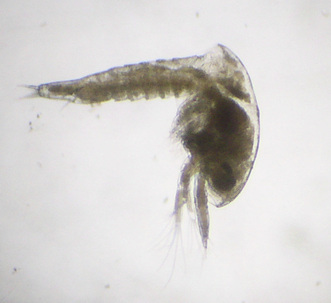 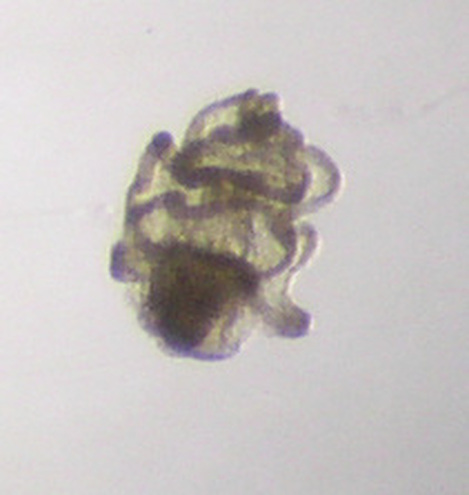