16:15, hazy, no wind, air temp appx 75º F (23ºC), down from much higher right before the overcast came in, water temp 43ºF (6ºC) at about 15 cm deep.
The first tow, just east of the dock, netted lots of herring. Compare last month, when we got lots of salmon and no herring.
A guy from Fish and Wildlife Fund, which funds KWIAHT was out taking photos. Every five years, they ask for more funding from Congress and these photos may be part of that presentation. 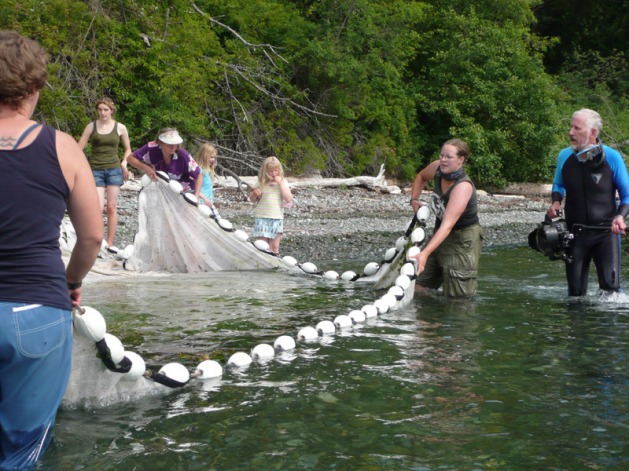 Kelp Crabs
Moon Jellies: 17, ranging in size from 3cm to 22cm.
Helmet Crabs
Glen R. notes that the herring here are smaller than those he measured at Pt. Hammond July 1 and 2, which were 62 - 65mm.

This tow was at roughly the same place as the first one. 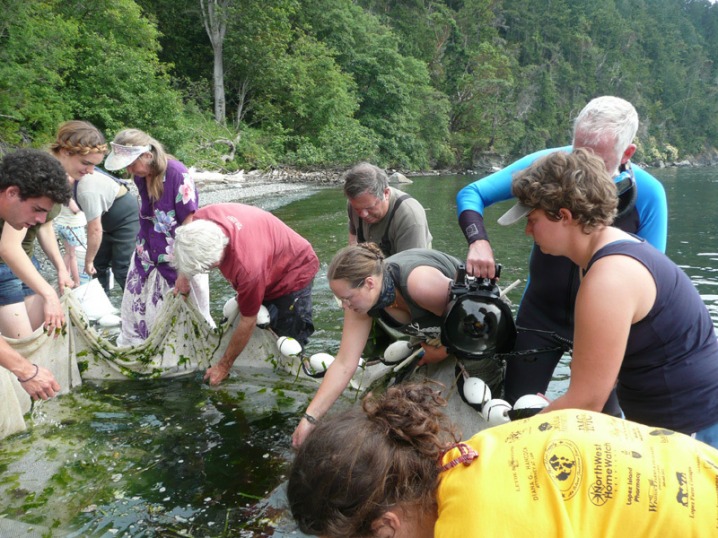 By now the weather had gotten chilly. David went to look for schools of juvenile salmon and found them closer to Pt. Disney, but it seemed worth a try to do it again near the dock where it is easier to work. For this count, people kept track of herring and sand lance, but not everybody reported other species. There were more fish than recorded below, though the herring and sand lance count is probably accurate. 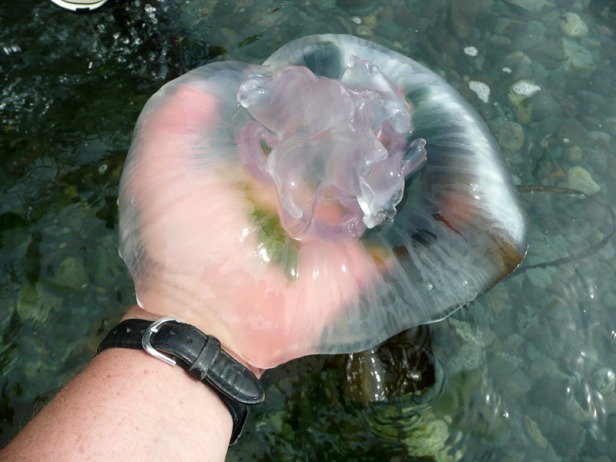 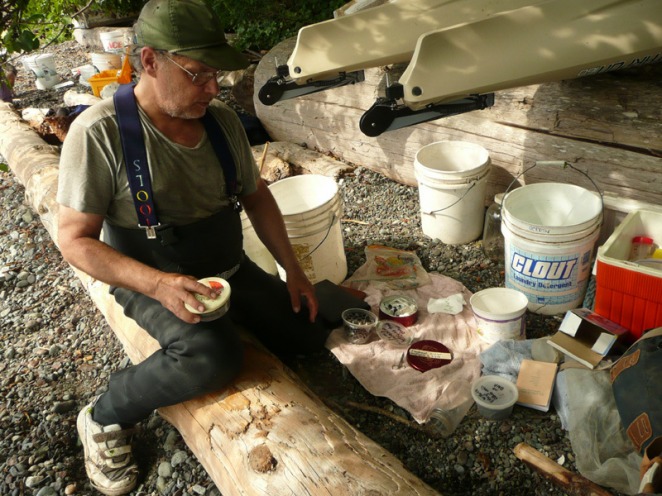 We lavaged not only salmon (who ate mostly sand lance and crab megalopae), but also the two rockfish from the second tow. This was partly to see if they compete with the salmon for food. The rockfish had small shrimp in their guts, which suggests that they don't.

Rockfish have a sphincter which holds their esophagus closed, unlike salmon. In order to lavage them, you use a larger plastic tube instead of the metal tubes we use for the smaller salmon. You wait for them to open their enormous mouths, and insert the tube above the tongue. Once in, hold the fish upside-down over the tray and shake it while syringing the seawater into its gut. This is a move requiring some physical dexterity! 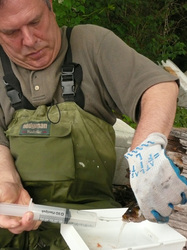 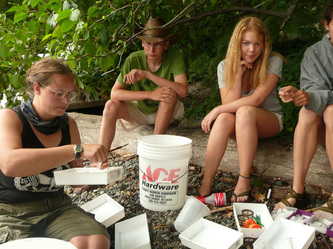