First half of month: Robin nest in the lilac at Weaver’s. Two killdeer in sheep field at Ludwig’s about three weeks ago.

Stan W: First Grosbeak at the feeder this morning.  Mom Raven is back and scolding us into shape.  Haven’t seen any little ones yet.  Barn swallows are back.

Winnie A: The Swainson's Thrushes are back.

Julie L: 16:30, sunny, the plankton group gathered at the dock to look at an enormous collection of fish. 10cm long fish collected in a band at about 5 m from shore, and 20 cm long fish collected at about 15 m from shore. From the jumping, we guessed both bands extended at least halfway to Disney.  Glen R. and Tina Wyllie-Echeverria said they were salmon because they jumped now and then. Tina said the longer ones were almost yearling size, probably chinook or chum. Glen said we probably have year old cohos overwintering here. He said that from May to the end of July last year, he saw salmon daily. Closer to shore, we saw 3 small blacktail salmon, and closer, at around 2 meters, 3” salmon juveniles.

Julie L: 15:30, cloudy, a minus 1.6 tide at 13:21, around 65º, humid. Walked from the Henderson’s beach to Pt. Hammond and back with Java. The clouds were dark and the sun low, so that the light was heavy and golden. Because the water was so still, sounds seemed muffled. I could hear the crunch of my feet on barnacles, the tweedle of robins in the woods, and distant motors, but my ears strained to hear the usual white noise they’re accustomed to.

Stan W: Went to the beach today.  Water had a reddish murk to it at waters edge.  Low tide to first piling.  No fish.  About 2 pm.  Five crows and two western gulls.  Spotted two cormorants and a pigeon guillemot in water beyond Bill’s big  buoy.   A lot of Black-headed Grosbeaks at the feeder.  Monday seemed to be the apogee of the hummingbirds, had to fill both feeders four times.  Has gone down to once today.

The cormorants seem to have gone wherever cormorants go, none have been roosting on the pilings for about a week.

Winnie A: Rain. I saw a lone heron at North Beach. Before the last six to eight years, there have always been three to six herons on that beach.

Stan W: Yesterday was rainy and cold and the hummers mobbed the feeders all day.  Often lined up 10-12 for 8 holes.  Continued today, which was partly cloudy and no rain.

Two ravens came in.  They have been enjoying the goat carcass I got from Isa.

I saw an algae bloom at Cowlitz float. It was a greyish film about an inch below the surface, and there was chartreuse or deep green algae everywhere. The fish that we saw with Tina, the smaller 2 1/2 inch ones, were also there, and a young otter.

Carla L: The preschool was doing waterfront at TNC beach, near the sign, in the afternoon. They saw a deep green phytoplankton bloom, dramatically stratified. When the tidal current picked up, the algae started mixing.

Isa D: was watching brown-headed cowbirds rush around in the barnyard. The male would pursue a female, she’d fly away, and without pause he’d turn to another one.

Julie L: 7:15 at Cowlitz, fog clearing to partly cloudy. High tide at 7:53. Met Dr Joe Gaydos and two researchers from Simon Fraser (?) who were collecting otter scat to check for PCB’s and PBDE’s (flame retardant). They expect this area to be relatively pristine, but will moosh the samples together with all SJC scat because each test is $300 and they’re not well funded for it. We found fresh scat on low open boats, along with a bullhead head in one boat.

A noisy Bald Eagle sat on a treetop partway to Disney, a crow mobbed a silent eagle on a snag higher up. At every pass, the eagle made a half-hearted bob to avoid the crow (or towards it? I couldn’t really tell) or lifted a foot, and after about 20 passes, the eagle flew closer to Disney and the crow left. Two Canada Geese swam close to the big rock halfway to Disney.

Winnie A: I found otter middens in the Harris’ bog, which is draining this time of year. A very pregnant female took refuge in the ditch. Down at the water, a low, low, low tide, a younger one was digging for clams.

Margaret Severson said that when she was young, there’d be rafts of loons when they went north to breed, rafts of scoters, all kinds of flocking birds. I had that conversation in the late 80’s. She also told me that there was more snow in the 50’s and it lasted longer when they did have it. Millie said it used to rain all summer, those were cabbage summers.

When I came here there were jokes about green tomato recipes because nobody would have ripe ones.

In the Spring of ’83 I rented Tibb’s cabin so Bob could pull his Yellow Peril up, and there was, in June, what the old timers referred to as the bachelor bar, 50 male Harlequin Ducks. They would, depending on which way the tide was, fly to Fishery or Sandy Point, and float down with the tide, feeding, kind of the way guillemots do. I sat there at breakfast and counted them, they were so beautiful! The females were sitting on the nests. Fifty! It’s rare to see a harlequin now.

As we spoke, Winnie noted the vultures and later, a hawk, flying over her field. She said Margaret and Joel always hear rails in their marsh. There’s been Sora Rails at the Alexander part of TNC. M & J had a Virginia’s one summer, and there was another kind one summer. 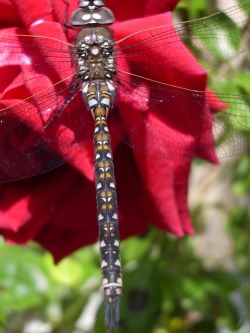 Julie L: 7:00 at Cowlitz, Nootka roses beginning to bloom. Looking east from the dock, juvenile salmon jumpers, about 10 cm, visible around dock and jumping halfway out to Disney, about 5 meters offshore. A blob of around 8 or 9 cm fish, about 1m in diameter, about 6 meters offshore. A dramatic emerald green phytoplankton blob about 5 meters in diameter in the shallows. The fish don’t seem to mind if they’re in it or not. Less well defined green algae on float side of dock.

9:00 at Fishery Point, an adult otter poked around on the rocks. No wrack on the cobbles, no salmon jumpers, no algae, very few birds.

20:00, around sunset, at Severson’s Cove, a lone juvenile gull was fishing for the juvenile salmon jumping about 5 meters offshore. It would rear back, hop into the air, double over, and dive straight down to come up with a wiggler in its jaw.

Winnie A: Saw a fledgling owl sitting on bigleaf maple in Rolf’s driveway. I think it was a barred. Looked very sleepy. Robins all in a dither.