Stan W: Yesterday a Red-winged Blackbird showed up and this morning there were seven of them at the feeder. All looked pretty young.  General group at the feeder: juncos, towhees finches.

Today walked to Point Hammond.  Saw a Brown Creeper and some Golden-crowned Kinglets.  At Otter Cove one male Goldeneye and out off Beckstrom’s toward Turtleback saw what appeared to be a pair of Marbled Murrelets.  To Point Hammond saw lots of Red-breasted Mergansers, 16-17M, 6F; 10 Buffleheads; 2M,2F Harlequins, a Black Oystercatcher (left image) and a flight of about 10 surfbirds and 10 Black Turnstones feeding on the rock at Little Hammond (middle image).  There were also a flock of 30-40 crows hanging around.  The Raven is calling for more food as I type.

Yesterday both ravens came down, the male by himself sometimes.   In the bay a few Buffleheads, some Red-breasted Mergansers and an allotment of Double-crested Cormorants.

Right image is a Sharp-shinned Hawk. 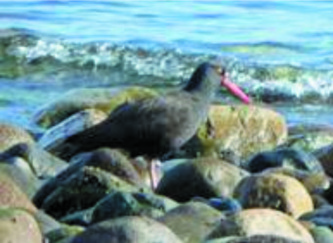 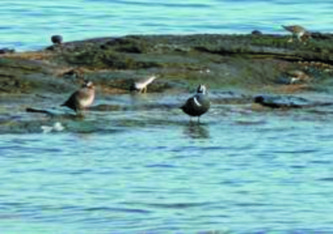 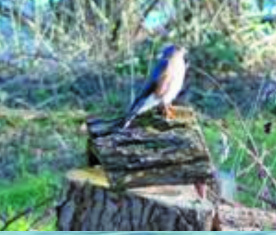 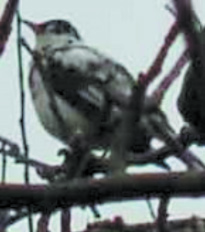 Glen R:  been seeing a bird that hangs out with the robins in the apple orchard at Point Hammond Farm. Speculation is that it is a partially albino robin. 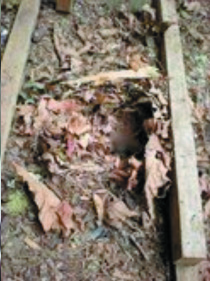 Sally G: Found a birds’ nest under a rick of wood in our little wood shed out by the house when I used up the last row of it. It's about 3" deep and 6" across and such a cute smooth bowl about the size of a grapefruit. I looked up various birds and with what little information I had regarding their nests it could be a Spotted Towhee, a Fox Sparrow, or a Dark-eye Junco (but fits description the least), all of which we have lots of around our place.

Julie L: Daffodil spikes are about 2 inches, some tulips are 1 inch. The purple hellebore under the plum tree is blooming. Our three sheep have grazed their pasture pretty thoroughly, but there are only a few bare patches.

Julie L: 16:00, cloudy, Severson’s Cove: Saw 2 gulls and a pair of Buffleheads. Saw 4 other birds on the water about 500 feet out, don’t know what they were. At home, daffodil spikes are about 3 inches, plums are just beginning to show little buds. 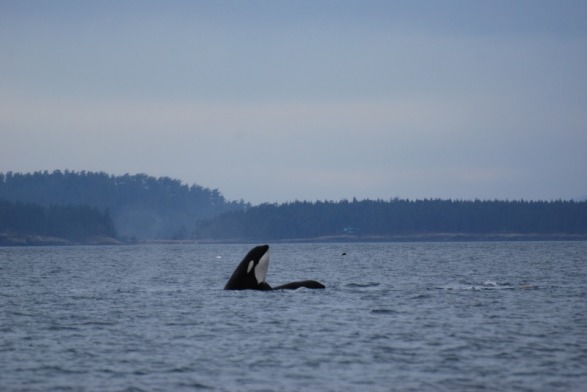 Corey C: 10:00 just north of Sandy Point at about 25 to 30 feet, North wind, 36º, ebb tide. Saw a pod of ten to fifteen orca whales feeding on at least one sea lion (the light brown smudge on the right). They took close to an hour, coming from the east between Skipjack and Waldron and continuing to Sandy Point where they fed.

Julie L: A while back, the Marine Resources Committee of San Juan County nominated our Citizen Science group, our sister group on Lopez, and the WSU Beach Watchers for the Salmon Recovery Citizens Award. We just got the award, which will be presented at the Salmon Recovery Lead Entity event at the Legislative Building in Olympia on March 10.