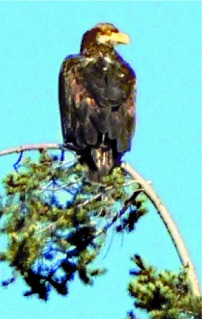 
David L: Caught a baby fish, probably sand lance, in Cowlitz plankton tow, tried again in President’s channel and caught another baby fish. Exciting, especially since when we did the forage fish egg search some years ago, no forage fish eggs were found. We now have proof that the eggs must have been somewhere, even if we didn’t find them. 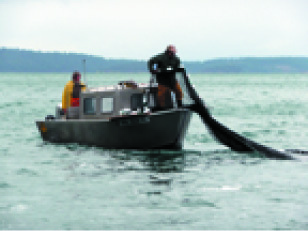 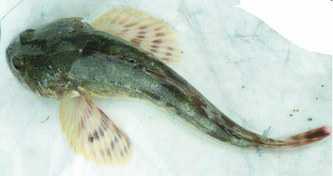 Tony S and Isa D: There are more birds around now. Few ducks on the water. The mallards and Widgeons stay on freshwater until it freezes.

Julie L: Some pockets of hailstones still on the ground.

Stan W: while waiting for David in Mail Bay this noon saw about 4 eagles soaring over Beckstrom Point. Gulls in the bay and flying over, maybe 5-6. On the way to the library near Jeff & Vickie a small flock of Golden-crowned Kinglets.  They were in the road and hung around for a bit.  They are cute.

Fred and Donna A: Two plankton tows at Severson and North Bays, 15<1cm fish at North Bay. Other critters in the sample included hyperiid gammaraids, which are larger than the sand lances!

Julie L: COASST walk in the late afternoon to take advantage of low tide around 17:00. Dark clouds, no wind, cold. Strong tidal rip. We watched a seal, an otter, and a string of ducks (possible surf scoters???) ride the current from Hammond to the clay point and then go back and do it again. At Hammond, a Great Blue Heron, a juvenile Bald Eagle, 10 Harlequin Ducks, and a very noisy flock of 100 crows and 200 gulls. 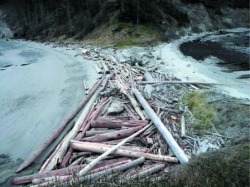 Julie L: A series of very dark weeks, though it hasn’t rained the whole time. In the afternoon, a Pileated Woodpecker spent some time pecking at the apples rotting on our tree. Our cats bring in Winter Wrens, and, earlier this week, a kinglet with a vivid orange crown. Juncos around the fruit trees.

Julie L: Northeaster forecast for last night, but it took until midday to really kick in. Around 9:00, lots of small birds in a bare alder at the quarry. Around 15:00 at Cowlitz, four large ducks, 1 b&w male, 3 females (surf scoters????) at rock, 12 crows on dock posts, relatively gentle waves to the base of the bluffs.

Julie L: Frost on grass all day today and yesterday. Chirping birds in pine trees along Charlie’s Road. The cats have been bringing in Orange-crowned Kinglets and Winter Wrens.
Laurie G: found a very dead loon near her beach. 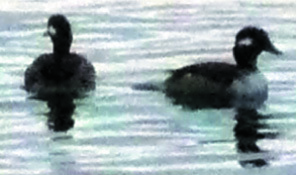 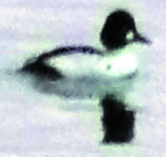 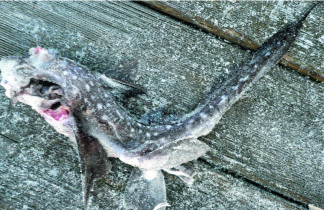 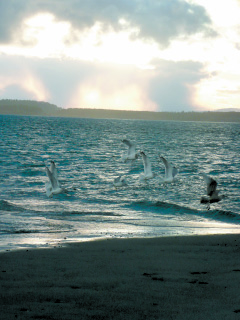 Julie L: Frozen pellets on the ground this morning. It hailed again at least three more times before midnight. Image at left of gulls at Sandy Point. Not too many birds in the water, ten or so smallish ducks, one pair larger ducks.