Julie L: In our clearing: Dragonflies, but not as many as last year. Some of the apple trees have prolific apples, others are practically barren. All the plum trees have just two or three plums, compared to a bumper crop last year. Oriental poppies, sage blossoms just coming to an end. Day lilies, brassicas, dill, coriander, feverfew, all in bloom. Native blackberries either red or black (delicious), thimbleberries ripe, black caps finished up, service berries just finished, domestic gooseberries of all colors had a big harvest. Peas, for goodness' sake, are just finishing up. A huge crop of potatoes, onions, but many other cxrops succumbed to rot or other effects of cold and wet - don't even ask about the tomatoes. But, we do have a teeny weeny zucchini.

Don H: Otter Cove and outside our pocket cove between Otter and Mail Bay was filled with herring all last week (see last month's photo).

This is from the Marine Mammal Stranding Network:  While harbor seal pup calls continue to be slow, we have had some very interesting events in the last couple of days. Two adult male Steller sea lions (Eumatopias jubatus) were found dead over the weekend. One on Dinner Island was brought to Friday Harbor labs through heroic efforts (estimated weight was well over 1000 lbs, the biggest ones around can be over a ton) by stranding network personnel, and  necropsied on Monday. The carcass wasn't in the greatest condition, I think about half of the assembled spectators left about the time we opened up the guts. You could have fit a loaf of french bread down the windpipe without it touching any of the sides, and the heart was the size of a football. There wasn't a "smoking gun" cause of death, it appeared to be just an old sea lion who hadn't made it to a breeding site for the summer, but samples were collected for further analysis.

The other male sea lion was found on Patos Island. This time the carcass was in really bad condition, and we decided to only collect a tooth for age analysis, and the hyoid bone for a researcher doing a study on them (the hyoid is a thin bone below your chin that supports your larynx). It took some creativity to get the body rolled over, and the stench was absolutely nauseating, but in the name of science we collected the samples and were on our way.

It's pretty unusual to see two dead sea lions on the beaches here at this time, especially in the same week.

Jim Tay: Saw a female Ruddy Duck, that I saw fishing along Point Disney, about 20 feet from shore. Was surprised she did not swim away in fright.

Glen R: August 14, 11 a.m. John Ro. says that sometime in the late 1990s, when the roads were dry, probably in the fall, he found a dead Long-Eared Owl by the cemetery.

Glen R: August 14, 21:00, In the field directly above the County Dock, John Ro., Hallie A. and myself (all at Cabaret event) saw a flying creature with about a 17 inch wingspan (various estimates were from 15 to 24 inches), flying by North to south about 10 meters overhead. We (and others present) were perplexed about ID. Reminded me of a small Purple Martin, definitely bigger than other Swallows. Not gliding, but beating, with crooked, thin wings. Another guess, by John Ro. but generally discounted by him and others was a Nighthawk. Perhaps a bat? we all wondered.

Hallie A. told a story about a few years ago seeing an apparent Northern Rough-winged Swallow chasing another Swallow over the water and driving it into the water and the chased one didn’t emerge.

Glen R: 14:00 North Bay Field. Seeing first winged Termites of the year. Seeing quite a few Juba Skippers on Buddleia at John Ro. Haven’t seen a Swallowtail in about 3 weeks. Still seeing Lorquins Admirals around. About 5% of the numbers of Dragonflies as 1 month ago. Seeing more Yellow Jackets in the last month than I have seen in the last 6 years (since 2005) combined.

John Ro.: At North Bay House. Saw a Coopers Hawk on tree today towards beach, saw it through his spotting scope.

Julie: The Pileated Woodpeckers are starting to drum in the mornings again. At night, we hear unearthly shrieks from the Barred Owls. 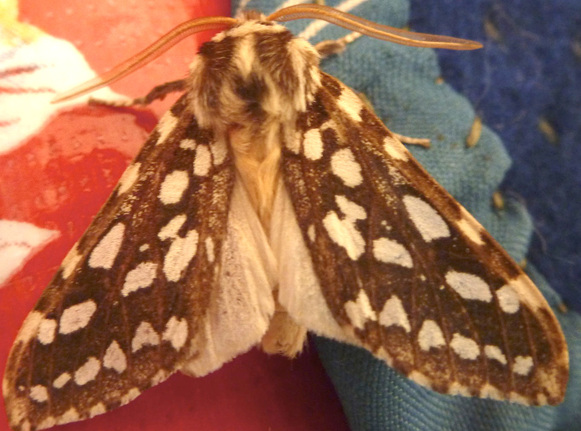 John Ro.: At North Bay House. Saw a Red Admiral on Buddleia Bush midday. Went over and saw a Barred Owl at neighbors earlier in the day. In midday a Great Horned Owl hanging out in Maple to North of House.

John R:  8:30 a.m., At North Bay House. Saw (through Spotting Scope) a young Peregrine Falcon sitting in the trees. At 09:30 reports a Red-tailed Hawk same place. Later in morn John and Barry M report seeing a Sharp-Shinned Hawk fly by.
2011, August 26, 16:00, GR: Cowlitz Dock Beach Seine. Sunny 100% of sky. Wind at 0 mph. Water glassy, visibility to 7 m. Air temp= 29 C. Low tide of -.7 @ 10:01 a.m. High tide of 7.9 @17:33. Water temp 50 cm deep at dock float =14 C. Salinity at 50 cm deep (3 samples) at dock float= 1.020 density (27 ppt). Occasional bunches of Eelgrass and Bull Kelp on surface. Below Dock float 1 to 2 m. deep was a mixed school of about 70 Perch total. About 50 were Striped Perch at 3" to 10 inches. About 20 were Pile Perch 4" to 8". Below them at about 3 to 4 m deep were about 25+- Tubesnouts 2" to 6". Big Density of Midges on the surface, many flying, some dead on surface, some trapped on Surface. Could see a film of them parallel to shore. Some densities of 3-5 per square foot. Along shoreline, Midges much higher density a few inches above submerged, very patchy wrack of red Kelp than along shoreline where wrack not present. About 5 Rough Winged Swallows flying low over water, presumably for Midges. Saw 1 pair of Barn Swallows attending to fledglings calling under dock. Curiously, no Jellyfish at all lately. Significantly higher Crow presence at dock now than at earlier in the summer. (Note that much fewer Swallows around dock lately). In Beach seine, 1 Herring at 98 m.m.

Glen R 14:00. Both Mail Bay and North Bay. Yellow Jackets really getting annoying in fields and gardens. Worse than in 6 years, and populations yet increasing this year. Still seeing Lorquins Admirals at North Bay. 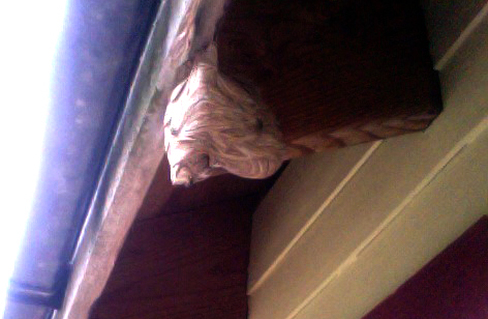 Julie: The Salal berries are incredibly plentiful this year. The Himalayan blackberries are just starting to ripen. Some Alder leaves are yellowing and falling. One of our mystery apples is ready, and the Gravensteins are just barely ripe. We have a yellowjacket nest on our balcony eaves, which David knocked off two weeks ago, and they've rebuilt it to the size of a softball. They ignored us at the beginning of summer, but are now starting to buzz around our bodies and come into the house.