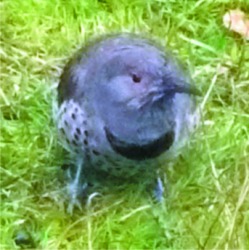 Julie L: 10:00 This female Red-shafted Flicker was pecking vigorously in our grass for a few minutes this morning.

13:00 Severson Bay: Some bull kelp on beach. About 60 Surf Scoters on water and fishing off of Cook’s beach. One cormorant sitting on a buoy, 4 Horned Grebes and 1 larger diving duck. 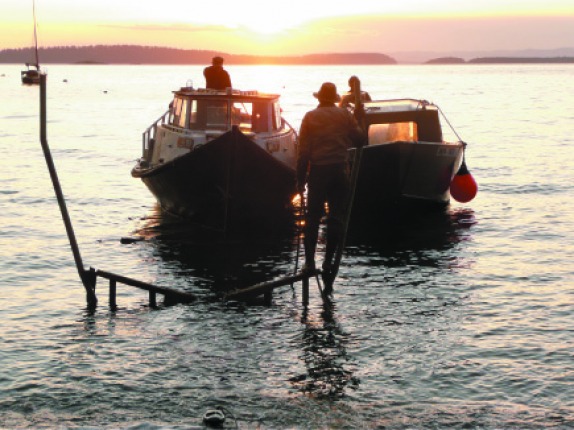 Julie L: 16:00: Tony, David, Steve B hauled the Puffin out in cold, slight wind, sun. Three inch perch clustered around the float, maybe 1,000 visible. A few crows remarked on the activity. The madrona berries have been red for a while. 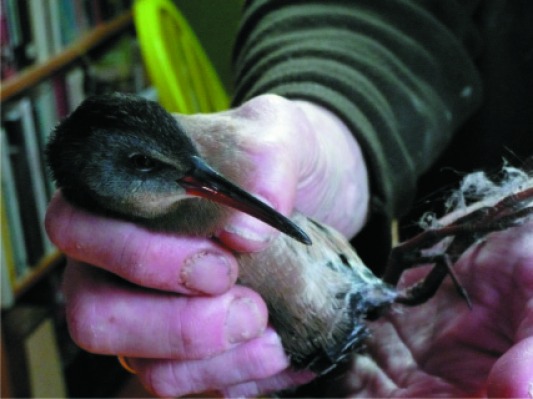 Julie L: The cats brought in this whimbrel-like bird. We tossed it over the balcony and it flew to the ground, then walked away into the bushes. What is it?

Julie L: 14:00 In the light rain in our orchard, four or five frogs call to each other. People are reporting that there are fewer frogs this year than ever before, though some spots, like the B**ns’ swamp, still has a lot. We notice that our outdoor bath tub no longer has a newly cooked frog in it every few nights, which used to happen pretty much year-round. Maybe our anti-frog devices are more effective.

15:00 - 17:00 COASST walk to Hammond, done in a kayak because the tides were so high. Far more things in the water than two weeks ago; 20 diving ducks in Severson Cove, 1 Bald Eagle in the same tree at C**ks’ Beach. Five diving ducks in a flock, probably Harlequins, closer to Hammond. At Hammond, a flock of 50 crows flew overhead from Orcas to Skipjack. 10 gulls total, all singles. I went around the rocks to the deep side and startled an otter in one of the cracks, eating a 6” fish head, probably a sculpin. On the rocks in about 1 meter of water were two white nudibranchs. Inside the cove a school of about 100 perch, black, were visible, ranging in size from 1.5” to 6”. The fog rolled in and, near dark, a Great Blue Heron settled on to R**k’s Beach. In the alder woods, a Great Horned Owl sat on a tree above the driveway. 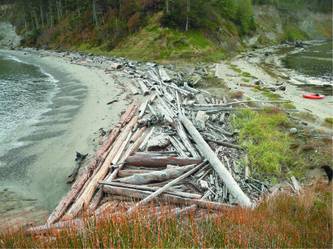 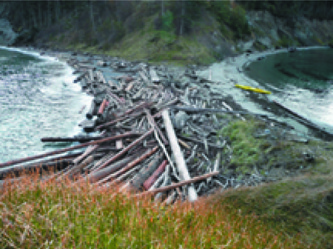