By 18:00, the wind had picked up to over 10 mph, there were small wavelets, and water visibility dropped to zero-ish. People shivered. 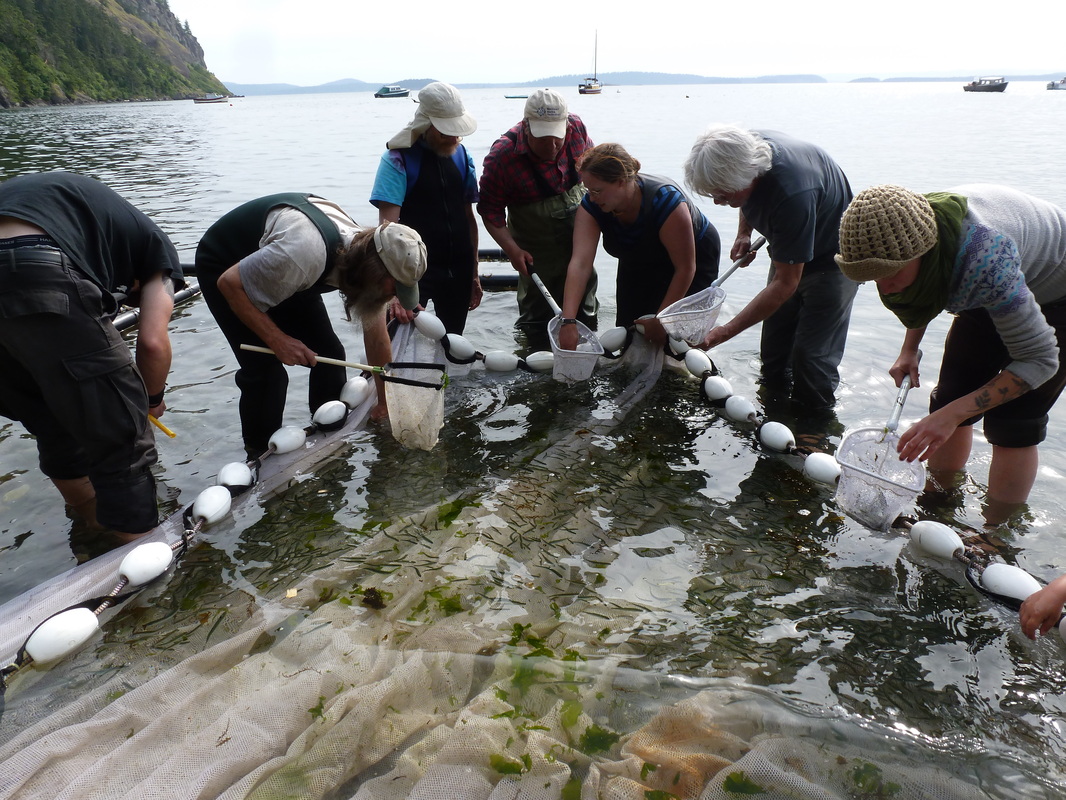 We pulled one net, at about 16:30. There was a log and a rock in the net, but nevertheless we caught thousands of juvenile chum and pinks, all about 2 inches long. 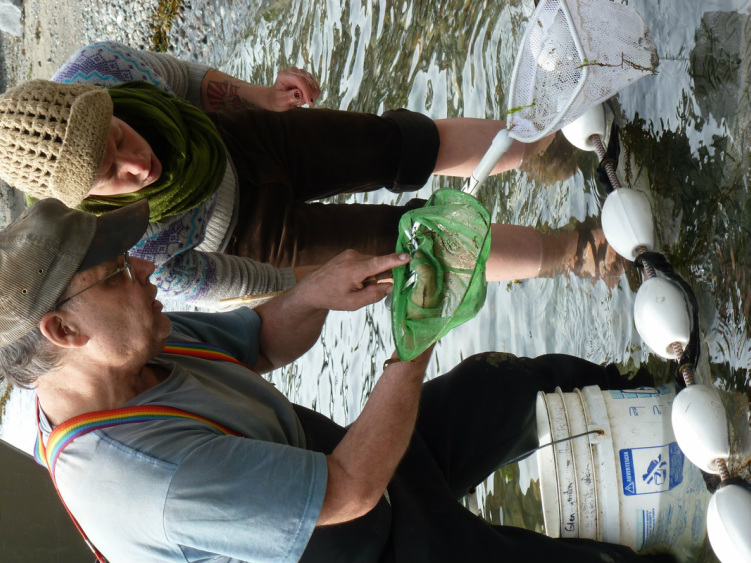 We lavaged 50 juvenile chinook, which is allowed by the permit KWIAHT holds. Six were hatchery fish, two had parasites, and a very few had empty stomachs. There were no deaths.

As we have seen before, individual fish show definite preferences for certain types of lunch. Most of ours were full of crab megalopes (baby crabs). Several had eaten half-a-dozen or so translucent larval fish with cute little black eyes. One had eaten a herring, another a sand lance. And there were some disgustingly digested morsels that I do not care to speculate about. 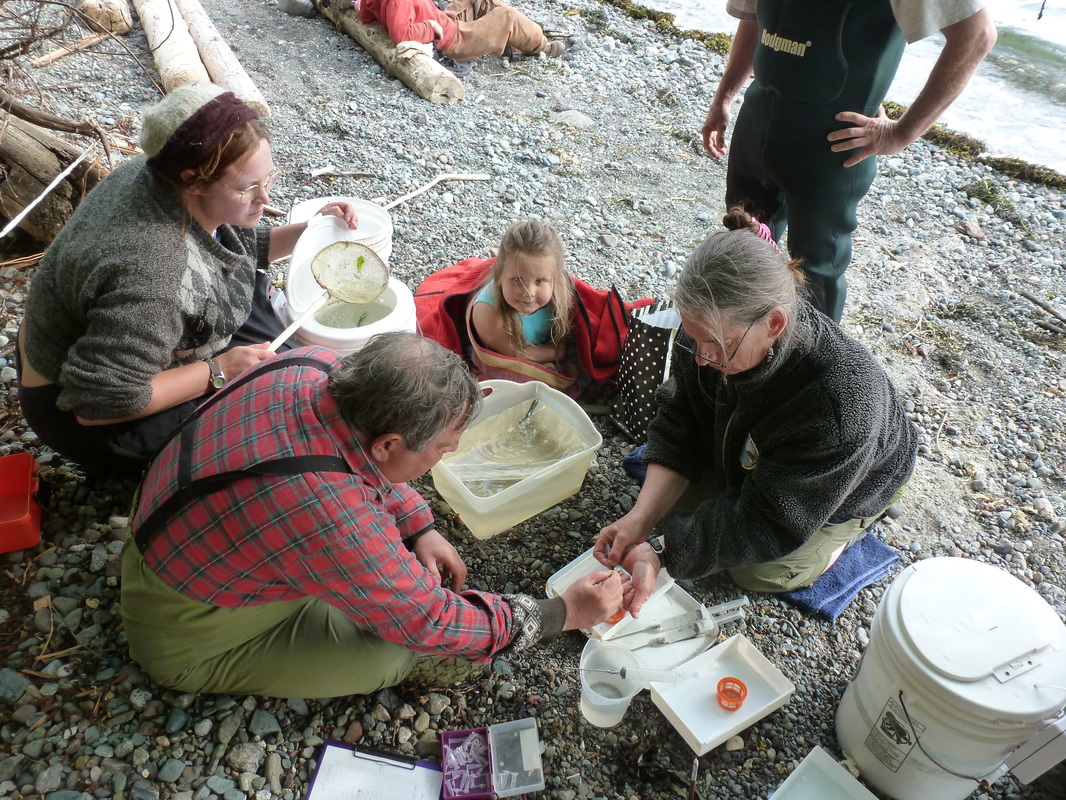