At 3:00 there were low, heavy clouds, no wind, sea rippled. 14ºC air, 10ºC water at 18" depth, salinity 1.026 or 34 ppt. We did four pulls because we were hoping to catch more than the two salmon we got on the first pull. (Winnie said that the salmon have returned to the Youngren's hatchery near Eastsound).  The wrack was eelgrass, and hundreds of Lion's Mane Jellies were washed up. 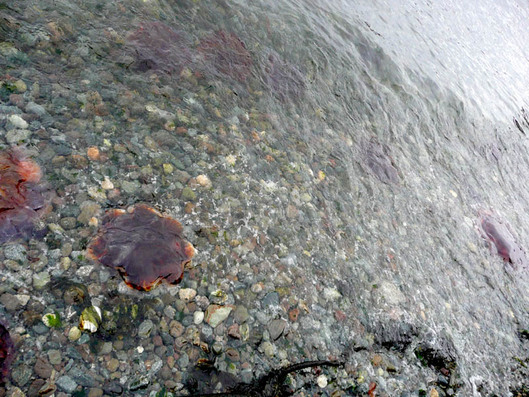 Lion's Mane Jellies at shoreline. These are about 8 to 12 inches across.

You can see some of the parasitic copepods that we removed from this salmon on the edge of the bucket. Note the tumors on its flanks.

Herring, 1
Gunnel, Penpoint, the largest seen at Cowlitz so far. It was put in the photarium so spectators could look at it, and gagged up a hyperiid amphipod.
Perch, Shiner: small ones
Perch, Striped: 10
Sculpin, 3
Smelt, 1
Stickleback, 7 small
Tubesnout, 9 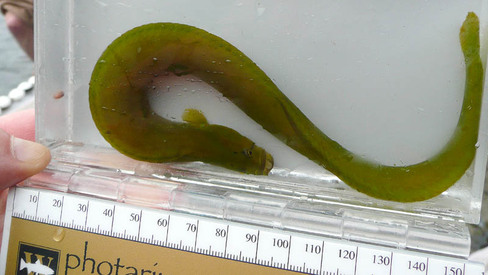 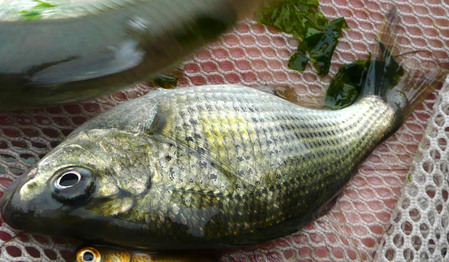 Shiner Perch, distinguishable by the three yellow vertical bars on its body.

Smelt. It was wigging so its nose is blurred.

Clingfish, Northwest
Greenling, White-spotted: 2 in spawning colors. One had a shrimp in its mouth.
Rockfish, Copper: These fish may have a nursery in Cowlitz. They have site fidelity, which means populations don't mix much.
Sculpin, Silver-spotted
Snailfish: a small creature with a sucker to hold on to rocks or Madrona's hand.
Tubesnout, lots

Kelp crab
A crab too small to tell whether it was a Kelp Crab or a Decorator Crab. Kelps decorate themselves when young, too. 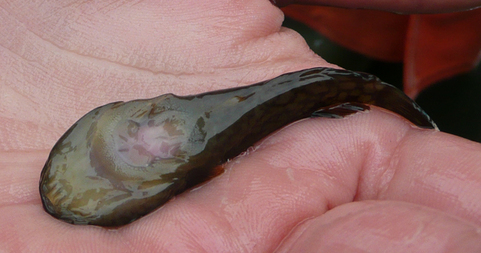 The underside of a snailfish showing its pinkish sucker, which helps it cling to rocks. 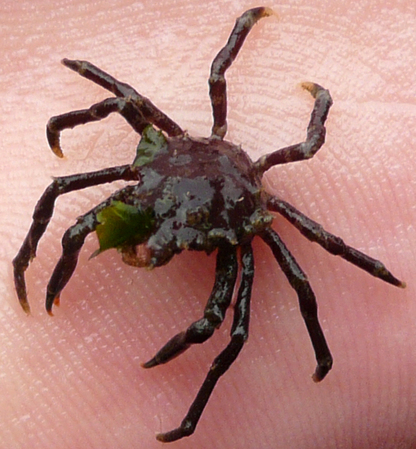 Sculpin, Buffalo
Smelt, several, one covered with parasitic copepods and a roundworm that looked like a leech.

Coonstripe Shrimp
Helmet Crab with barnacles on it 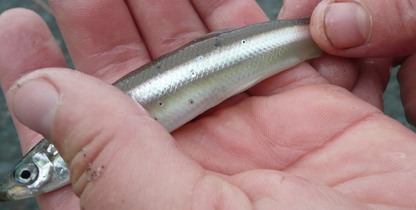 This smelt had small black spots, possibly scars from parasites. 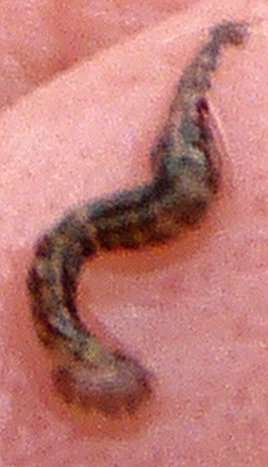 We finally managed to pull this parasite off a smelt. It was about 15 mm long. 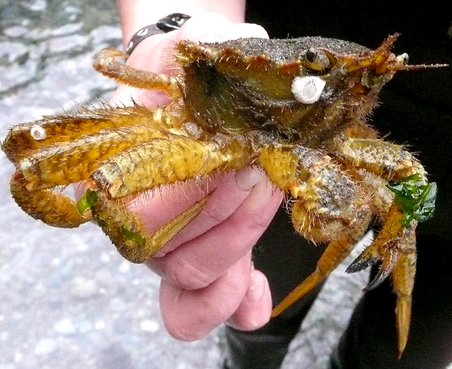